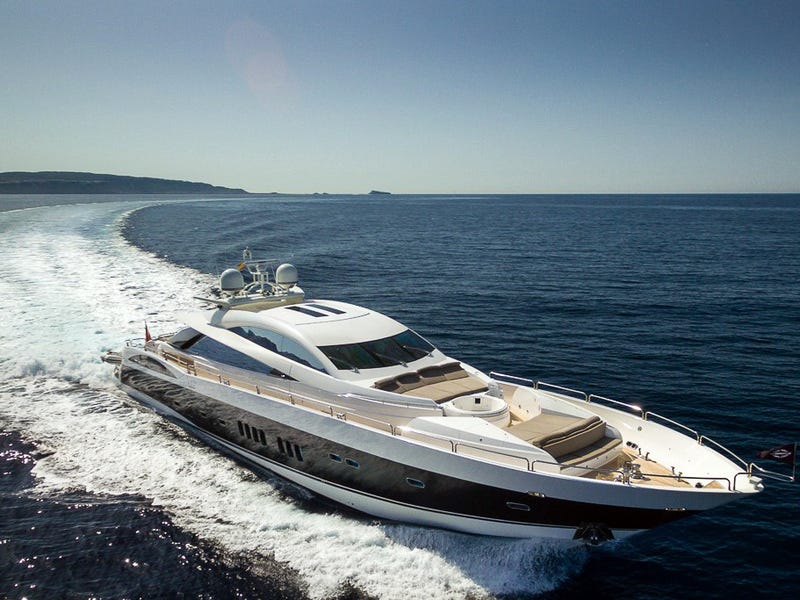 You can rent the James Bond villain’s ‘floating lair’

Best known for its appearance in the 2006 James Bond film of the same name, the superyacht Casino Royale is currently available to be chartered for € 65,000 (or around $72,000) a week.

The yacht appeared in “Casino Royale” as the “floating lair” of the movie’s villain, Le Chiffre. The Yacht in April 2017 was listed for sale at the time, the asking price was just under € 4 million (or around $4.2 million).

The performance motor yacht, a Sunseeker Predator, has four cabins and one master suite, and it can accommodate up to eight guests. Requiring four crew members, the sports vessel also comes with a Jacuzzi, sunbathing areas, and numerous water toys, including paddle boards, snorkeling equipment, and water skis.